GIven my work commitments, how do I find time to do anything else? You may well ask. The wife does…often. 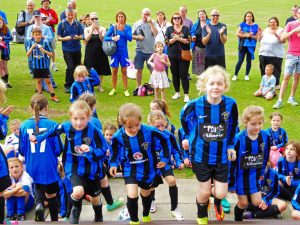 In 2009, I took on the role of Chair of Trustees and Club Chairman of Berkhamsted Raiders Community Football Club, which has become one of the biggest and most successful youth football clubs in the country. Berkhamsted Raiders runs 94 teams for 1,200 boys and girls from Under 7 to Under 18,  plus a Ladies Team, a Senior Team, a Futsal team,  and Veterans, Walking Football and Inclusive Football sections.

If you want to know how to run a community football club, take a look at Raiders KnowHow, the online guide we created for managers and parents.

I stood down from the Chair Of Trustees role in 2021, and received the “Volunteer of the Decade” award. I continue to be involved in the Club and am currently project managing our new clubhouse development.

In July 2022, I  received the Lifetime Achievement Award for services to sport in the Dacorum Sports & Physical Activity Awards. 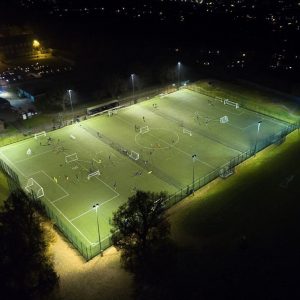 I spent ten years as a Trustee of BerkoAstro, a charity that operates a football facility at Ashlyns School. In 2010, we succeeded in raising £600,000 for a state of the art floodlit 3G artificial grass pitch at BerkoAstro, in partnership with Ashlyns School. A £300,000 grant from the Football Foundation was a key element in our success. In 2012, we raised another £160,000 to finance the development of the Paul Beard Centre, a club house facility adjacent to the 3G pitch.

Other roles in sport

I am a long standing member of the Executive Board of the Dacorum Sports Network which brings together community clubs, volunteer groups and public organisations involved in delivering sport in the community and ensuring a healthy and active community – including public sporting facilities providers, local councils, and schools.

In 2021, I joined SportEd, the UK’s largest network of community groups supporting half a million young people, as a mentor. I provide advice to grassroots sports clubs that can benefit from from my experience and expertise in community sport. In 2022, I received the Vanessa Brown Volunteer Award award from SportEd for “Celebrating Diversity” for the work I’ve undertaken helping boxing clubs to become more inclusive.

In 2021, I was asked to join the Council of the Herts FA, and took on the role of Chair of the Youth Committee. In 2022, I was appointed as a Director on the Herts FA Board.

I’m a keen cyclist. Given that the canal towpath around Berkhamsted is less of a challenge for my ageing knees, in 2021, I looked around for ways of supporting our canal network. I’ve ended up as a Volunteer Lock Keeper at the Marsworth locks for the Canal and River Trust. I’m also a Crew Member for Waterways Experiences, a local charity that provides canal trips on the Grand Union for local community groups, the disabled, the disadvantaged and the elderly.

In May 2016, I received the Civic Award from the Rotary Club of Berkhamsted and Bulbourne for my “meritorious contribution” to the town of Berkhamsted and in recognition of the work I have done in growing participation in sport in our community.

I’m always willing to help out with local events for good causes, such as the Berkhamsted Fun Run and Half Marathon. I even ran it once… just the 5K, and not very fast. 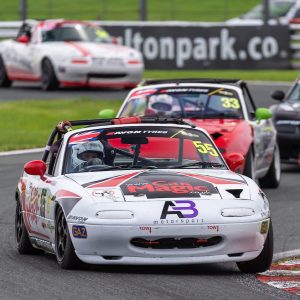 I am the “Motorsport Director” for Matt Pollard, “an aspiring racing driver with a greed for speed” who competes in the BRSCC Mazda MX-5 Championship,

So bang goes the retirement fund… find out what does it cost to compete in the BRSCC to see why!

In 2018, in his debut season, Matt achieved “Rookie of the Year” and only left the track on a few occasions.

After three years of competition, Matt “retired” from the Championship in 2021. His new role at Prodrive, means that he now spends his weekends supporting the Aston Martin GT4 race team at various motorsport circuits around Europe. His ideal job… and it’s saved me a fortune on his racing budget!

And in my spare time

In an effort to prolong my longevity, I’m a believer that exercise is good for you. So, I’m a regular Body Pumper, Boxerciser and Pilates participant. And a cyclist, although the hills around my town have meant that I have resorted to e-assistance and purchased a Specialized Vado SL to get me up the inclines.

As a former tennis player with dodgy knees, I have discovered the sport of pickleball and joined a thriving local club – the West Herts Wizards – where I play a couple of times each week, and made it to the doubles final in my first club tournament. There’s still life in my ageing bones (and a competitive spirit. .

And of course… I am a supporter of the all conquering (I wish) Tottenham Hotspur FC. Spurs made it into the Champions League final in 2019! Probably a once in a lifetime experience.